Writing with ink and pen is much more than just writing, it gives body and color to our thoughts.

Established in Paris in 1670 —when King Louis XIV was 32 years old— the Maison HERBIN initially specialised in the sealing wax, fine stationery and ink trade, and imported shellac from India.

In 1798 the Maison changed tack and put its faith in the future: whilst continuing to produce wax and engage in the paper and color (pigments) trade, it launched production of its own writing ink on the initiative of JACQUES HERBIN, member of the fourth generation.

Over the years, voyages, and successive buyouts, the product range expanded, innovations were introduced, and trademarks registered. During this period, additions included Encre violette (Violet ink, used in schools of the French Third Republic), Perle des Encres (Pearl of inks), and Encre des Voyageurs (Travellers’ ink). These developments resulted in the Maison winning numerous awards in the days of the great industry exhibitions, in London and Paris. 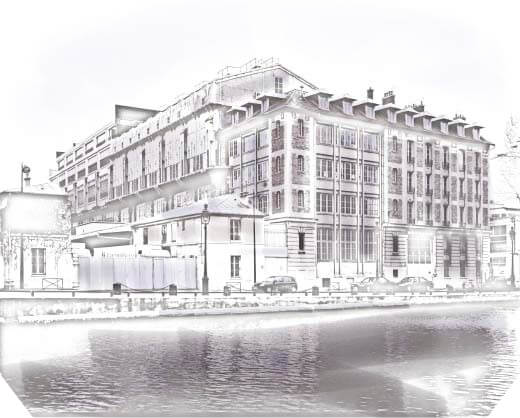 The adventure of one of the oldest ink makers in the world began over three hundred years ago. A subsidiary of the Exacompta Clairefontaine group since 2003, the Maison HERBIN now expands its offer with the exclusive JACQUES HERBIN Collection, a complete universe of inks, writing instruments, stationery, and small leather goods for amateurs and connoisseurs of the lettering arts, calligraphy, and graphic arts. HERBIN’s aim has remained constant to: “Give body and color to our thoughts.”